A conversation with the director of Counseling & Psychological Services reveals the logistics behind the recent push for group therapy.

The Counseling and Psychological Services Center on campus recently implemented several big changes, including a push for students to participate in group therapy, a new $10 per session fee after 10 sessions and new assessment and accommodation capabilities. These changes are intended to help students on campus, from adding a “clinical motivation” to providing a way for more students to be seen for therapy.

Group therapy
At the beginning of this semester, the counseling center advertised across social media and the campus TV system about three new group therapy types: a Harry Potter themed “Defense against the Dark Thoughts” group, an LGBTQ+ “Of a Feather” group and two general “Skills & Processing” groups.

While there have been therapy groups in the past, this is the first semester the center is widely advocating and advertising for them. Michael McClendon, the director of Counseling & Psychological Services, says there are two main reasons for the recent push.

“[Group therapies] are supremely matched for what college students go through,” said McClendon. “Eighty percent of the students who come to the counseling center are dealing with the most common type of situation or stressor or source of issue that has to do with, ‘I’m experiencing my world in this way, I’m experiencing these things … am I wrong? Is that weird? Is something broken inside of me?’”

McClendon revealed the other reason was due to the long waitlist. At its peak last semester, the waitlist to get into the therapy center was around 40 students. Currently, it’s around 20.

“We are never going to have enough counselors to provide everyone with individual therapy, nor should we,” stated McClendon. “I don’t think everybody needs individual therapy. We have to think about efficiency and delivering the greatest amount of good to the most number of people. An hour and a half that serves 10 students perfectly is a great solution.”

According to McClendon, around 80 percent of the students that come to the counseling center do not fall into a clinical diagnosis for a mental illness. This does not mean they are not dealing with their own significant issues but only that they do not have a specific diagnosis showing signs of a chronic illness like depression or anxiety. While this 80 percent is the target demographic for group therapy, that does not mean that 80 percent of people seeking therapy are taking advantage of these groups.

McClendon added, “At this point, we only have the resources to really provide the [individual] care that we need for the 20 percent that do meet the clinical criteria for a diagnosis and have more severe or significant levels of mental health distress going on and need more intense levels of treatment.” 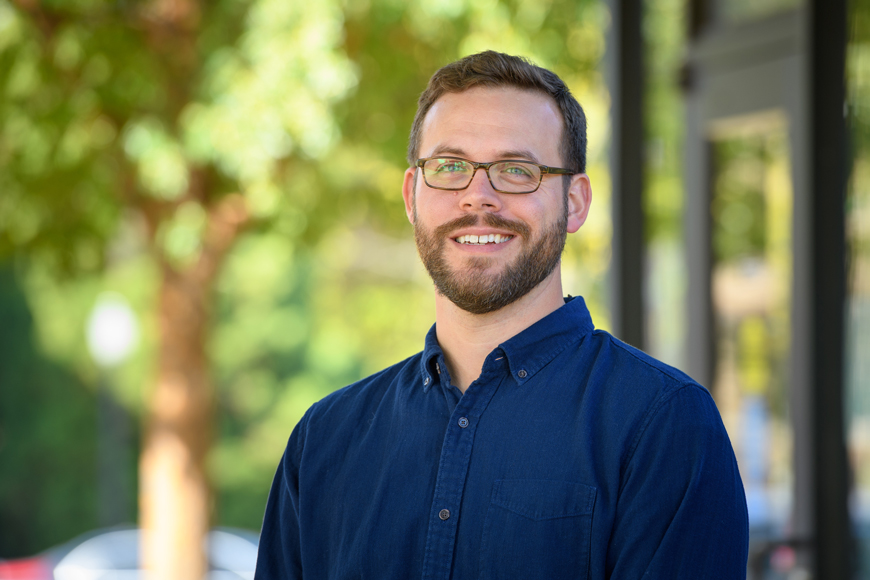 The people on the waitlist were triaged to determine the order of who would receive therapy. Nobody that fell into the clinical category waited more than two weeks.

However, the counseling center does not forget about those who they cannot see.

“We don’t leave anybody hanging there who has a clinical need to see us,” said McClendon. “Everyone who was on the waitlist was offered multiple times to do groups and offered referrals off campus that would have met their needs … We reassessed to make sure nothing was intensifying and we told people in a lot of ways individual therapy isn’t what you need, and of all of those people, everyone remained on the waitlist because they elected to remain on the waitlist.”

One of the students that was triaged onto the back of the list was Kyle deVries, a psychology student who is the president of HeadStrong, a mental health awareness and advocacy group on campus.

When deVries attempted to get into individual therapy last semester, he was told that while he had a history of trauma, because he did not fall under the clinical diagnosis of PTSD, he would be among the 80 percent who is placed at the back of the line for individual therapy. Instead, the psychology student joined one of the processing group therapies last semester, which he believes was a great fit for him.

“I found [group therapy] very helpful,” explained deVries. “I went in trying to deal with trauma. When it comes to trauma, talking about it is one of the best things you can do, and in a process group, that is basically what you do besides a little bit of skills like emotions regulation.”

While he found group therapy beneficial, most of the participants stopped showing up after the third meeting, and the group was dismantled shortly after.

The counseling center is trying to advertise their therapy groups through word of mouth, but so far it is only having limited success. There was not enough interest in the “Defense Against the Dark Thoughts” and the “Of a Feather” group, so the counseling center split those interested into a graduate group and two general processing groups. Combined, they currently have around 25 students.

Many students are worried to join these groups because it is a small campus. While McClendon argues the chances of seeing someone you know in a group is small, he also says that everyone has a vested interest to keep that information to themselves.

McClendon explains, “If you’re thinking I don’t want people to know they are going to counseling, you also need to recognize that perhaps that person you are afraid might voice that, ‘Oh, I saw Michael in group therapy,’ would also be outing themselves as having gone to group therapy. There is an inherent and implicit understanding that there is a combined interest to keep it to ourselves and private.”

Ten free session limit
The second big change to the counseling center came at the start of last fall semester. The counseling center decided to make the first ten sessions free and for students to pay $10 for each additional one. There is also a new $15 fee for each missed appointment.

“When you dig around the literature on session limits, and fees for services … you find [if] you have free services, people kind of languish in free services, there’s no motivation, you’re not putting anything into it,” said McClendon.

McClendon intends this to be a clinical motivator for students to change faster.

The decision wasn’t tied to money as the profits do not support the counseling center, claims McClendon. The $10 fee is still cheaper than the student insurance copay and most other off-campus prices.

This policy is also more lenient than most other universities, McClendon argues. According to him, most universities do offer free counseling sessions, “but they have a very stringent session limit. Those policies range — a lot of universities [will give you] six-to-eight sessions a year, and that’s it. After that, it doesn’t matter if you want to pay or not — you can’t come to the counseling center. And that’s just because they have to manage demand.”

The reason the counseling center set the limit for free therapy at 10 sessions is because the average session length for each patient is around six. This way, most students would be covered by the 10 free session limit. There were more charges for no-shows than charges for a $10 session.

The no-show rate of appointments is around 10 to 12 percent of all appointments, which is why the counseling center decided to implement the $15 fee.

Most of the charges have not been placed yet as the counseling center is still trying to find how to confidentially put fees into a student’s account, but they plan on implementing it in the near future.

Assessments
The last major change to the counseling center is that they will be starting full psychodiagnostic assessments soon, including cognitive, intellectual, emotional and interpersonal functioning and personality structure. These will help students be able to get accommodations at CSAS, the Center for Student Academic Success.

“The idea is that we have a lot of students that don’t realize they need an accommodation,” said McClendon. “They were able to get through high school, and then they get to college and they’re like, ‘Whoa, the strategies that I had are not working. And it’s not just study strategies.’”

Because the counseling center has limited resources, they will not be able to help everyone who wants to get tested and will triage the list like they do for the therapy waitlist. Interns and trainees will be the ones to complete the assessments so to not pull staff members away from providing therapy.

While students must pay to receive an assessment, it will cost considerably less than getting one off campus. It will be on a sliding scale, with no student paying more than $600. The average price in the outside community can range from $1,500 to $3,000 depending on what is being assessed.

The House Ethics Committee has opened an investigation against Florida representative Matt Gaetz for his involvement with Joel Greenberg,...

Despite coming under fire for allegations of poor treatment of employees, Alabama Amazon employees recently voted against forming a union....

Following his inauguration on Jan. 20, President Joe Biden started to assemble the most diverse Cabinet in United States history. The...

This past week, there was a major disruption to international shipping. The cargo ship the Ever Given became stuck in the Suez Canal,...

The Centers for Disease Control and Prevention (CDC) recently changed the social distancing guidelines for K-12 schools to recommend that...